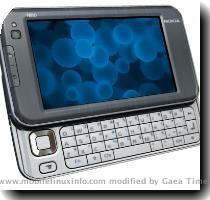 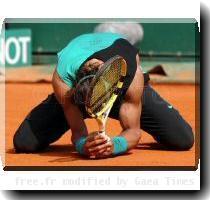 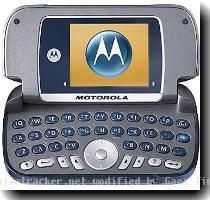 NEW YORK — The long-planned breakup of Motorola Inc., one of the founders of the U.S. electronics industry, came a step closer Monday with a deal to sell most of its wireless networks division.

The deal to sell the division for $1.2 billion to Nokia Siemens Networks, a Finnish-German joint venture, sets Motorola up to separate its cell phone manufacturing operations from the police radio business early next year, essentially dividing the 82-year-old company into three parts.

The parts are aimed at different types of customers. The division that is being sold supplies wireless carriers such as Verizon Wireless and Sprint Nextel Corp. with the equipment they need to connect to cell phones. It’s not a big player in an industry dominated by LM Ericsson AB and Alcatel-Lucent SA, but it does have valuable relationships with U.S. and Japanese carriers that Nokia Siemens hopes to exploit.

Motorola co-CEO Greg Brown said the deal frees the police-radio and bar-code scanner division, which is leader in its field, from being associated with the networks division, which supplies mainly older-generation equipment and has seen declining sales.

The networks division, which covers most of the business being sold to Nokia Siemens, had revenue of $896 million in the first quarter, with 43 percent of it coming from Asia. Operating earnings were $112 million.

Rajeeve Suri, CEO of Nokia Siemens Networks, said no layoffs were planned. Motorola said about 7,500 employees will be transferred to Nokia Siemens. Of those, about 1,600 are based in Illinois (Motorola’s headquarters in Schaumburg). The division also has large development centers in India and China.

Nokia Siemens is a joint venture between Finland’s Nokia Corp. and Siemens AG of Germany. It’s seen dwindling profits in recent years, worsened by the global economic downturn. The deal, expected to be completed by the end of the year, would improve profitability and “have significant upside potential,” Nokia Siemens said.

Motorola has planned for years to spin off the division that makes cell phones, but steep losses in the unit have forced it to postpone the move. The spin-off is now scheduled for the first quarter of next year.

The handset division, to be called Motorola Mobility, would take with it the division that makes cable set-top boxes.

That would leave Motorola Solutions, the remainder, focused on government and commercial clients, with products such as police radios and bar-code scanners. It’s also keeping one part of its wireless network portfolio: the division that makes iDEN equipment, used in the Nextel part of Sprint Nextel Corp.’s network. Motorola invented that technology and is the dominant supplier of equipment.

Its push-to-talk feature is appreciated by dispatchers and work crews, but has been overshadowed in the mainstream by other technologies that provide broadband data speeds.

The wireless division has had some success in the business of making equipment for broadband networks that use WiMax, but that technology looks set to be a niche at best. The major wireless carriers are planning to use a technology known as LTE, for Long-Term Evolution. Motorola hasn’t secured any LTE contracts in the U.S., but has signed one with KDDI in Japan.

Motorola shares rose 23 cents, or 3.1 percent, to $7.73 in midday trading Monday. The shares have gained more than 50 cents since The Wall Street Journal reported last week that a deal with Nokia Siemens was in the offing.