Shift of Paradigm on Internet: The Web is Endangered not Dead 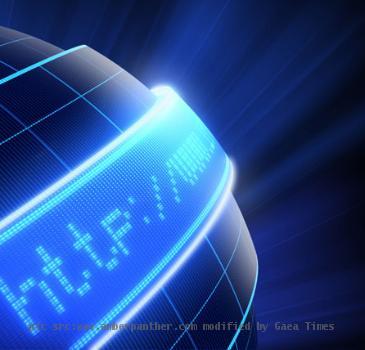 Perhaps Chris Anderson’s declaration of Web’s death hasn’t been amiably reciprocated by the technologists around the world. Most critics are writing off Anderson’s statement based on the charts that shows proportion of total US Internet traffic. Arguably, the chart shows a decline in Web’s growth. Before a few days Google-Verizon net neutrality deal held vital implications for the future of Internet. Anderson’s article gives valuable insight into the changing face of Internet.

In the past few years, we have seen a shift of paradigm - Internet traffic moving from the wide-open web to semi closed platforms that use Internet for transferring file but not the browser for displaying. Does that mean podcasting killed the web? To some extent this might be valid, but there needs to be a clear distinction between the web traffic and media file traffic. According to Boing Boing analysis, Web is growing at an amazing rate, but media files are growing faster. This is because media is much bigger.

With the gradual emergence of Apple iPhone and other gadgets like iPad, we came across a new era of mobile computing. The Web has given to sleeker services like apps, which are faster and need no searching. This is a zone where HTML is insignificant and Google crawl has no such role.

Inevitably, as Anderson explains, we start our day checking up email in our iPad and throughout the day we are busy on Facebook, Twitter and other sites. Conversations on Skype and IM, or watching a movie on Netflix are all accessed directly from the apps.

Web browsers had been dominating the web scene before they were replaced by “PC application software and reduced operating systems”.  Down the line, Apple created a platform that thrived on apps. Greater use of Web and search were alienated from the Apple’s gadgets.

The iPad offers a range of handy apps that would allow users to avoid web browsing, let’s have a look at some of them

In the coming years, we would be heading towards more and more smart gadgets with all-encompassing apps that might decline the growth of Web. However, the web pages are there to stay. In this age, where the world is striving for technological singularity, there is every possibility that we move onto a media on Internet that is far more interactive than Web.

Mobile number portability to be rolled out Thursday

LONDON - A study of peak-time British programme has indicated that television dramas too often portr...

New Kids On The Block At The AMAs

LOS ANGELES (GaeaTimes.com)- The star studded AMAs this year was closed by the joint perfo...

Elizabeth Hurley Has Fan At Home

LONDON (GaeaTimes.com)- 'Bedazzled' star Elizabeth Hurley has revealed in her recent tweets that...

PANAJI - The 41st edition of the International Film Festival of India (IFFI), billed by organisers a...