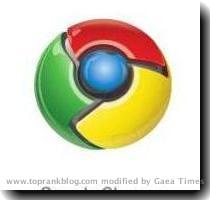 Google unfurled Chrome 4.0.249.78 ( as they call the version), latest version of its breezy web browser. Google Google Chrome 4 extends a unique approach featuring a number of much-craved  extensions, which was earlier downloaded separately.  Interestingly, Google released the new version of the browser pretty early - within one year of first release. Possibly Goolgeplex men are too quick with their version numbers, in contrast to competitor Firefox, which released a new version 3.6 after six years. However, Google doesn’t need to chew the cud, as Chrome offers an array of features to  canvass. Chrome 4 adds HTML5 features, bookmark syncing and a bunch of security. We discuss the rest of it in our Google Chrome 4.0 review.

Chrome has always won applaus for minimal design, streamlining search and address bars into one and managing tabs individually for greater stability. Chrome’s addition of new features might be speculated as killer features for FIrefox users, let’s delve into the actuality.

Clearly, speed has been the USP (unique selling proposition) for Chrome browsers. The latest version of the browser makes no compromise with speed. We consider the speed in surfing the net. The browser loads javaScript pretty fast according to our tests. What’s most exciting is that Chrome 4 offers twice as much speed as Firefox 3.6. It also leaves behind Opera and IE, when its comes to web surfing.

With a remarkable easy installer, Chrome speeds up as soon as it starts. You can see it up and running even before you realize.

Unlike Firefox, you can have a stable version only runs in Windows. The Mac and Linux versions are still in beta stage. The Linux beta doesn’t include the new extension feature. The Mac need to wait a bit longer.

Chrome 4.0 retains the well-adjusted tab implementation. Tabs are prominent at the top of the browser window. You might drag them out to create independent window. Further, you can split them side by side like in Windows 7. One cool if minor feature Chrome shares with Safari and Firefox.

Early in December, Chrome extended the beta version of the browser with handy extensions. In Chrome 4, the extensions are easily accessible from a choice on the customization menu that appears as a wrench at the top right side of the program window.  The extensions open up in a webpage listing installed extensions. It can head to the Extension Gallery which is linked to this page.

The Extension Gallery page highlights the extensions at the top. It starts with Amazon Wish List at the top followed up by Popular and Featured selection. It can be sorted by Most popular, Most recent, Top rated or just the featured entries.

The most popular extension is Gmail checker, shows as an icon in the menu bar. Some handy extensions like Internet Explorer tab and a couple of ad blockers are also included in it. The RSS reader extension and the PDF reader are much-craved addition to the list.

All the entries in the list are tagged with rating stars, number of users, and the developer’s name or email. To install an extension click on the entry in the gallery and you are led to page for Installation  button. The page also includes a description, user reviews and a preview showing it.

The extension’s new icon appears either in the address bar or gets added to the menu button next to the default page and wrench menus. For the Chromed Bird Twitter app you would require a separate authorization on the service.

The bookmark syncing feature is cool. However the running the features involves some intricacies. Just by clicking on your Chrome app shortcut (on Windows) to start Chrome 4 doesn’t open the version of Chrome 4. To start with the bookmark synchronization feature you can start Chrome at the command line, with the flag –enable-sync to get the sync option.

The updates run in the background as you work

Chrome seems the most scarcely featured browser, and the latest version shows no improvements. With no RSS reader and no separate dialogs or sidebars for history, downloads, or favorites included, Chrome is nowhere near the frills offered by Firefox or Opera. However, with the extensions Chrome can be customized  to install the features.  However, Google Chrome’s main focus remains development of refined web apps.

With the new extensions Google makes a impression, but it’s no game for browser ace Firefox with an across-the-board library of addons.