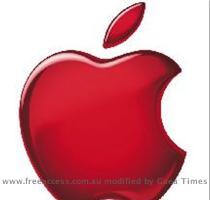 Apple Inc. has always come up with something new now and then. Most of them have been acclaimed by us all.

In recent times the big hit happens to be iPhone, followed by iPad and there are loads of others equally sensational but somehow not equally popular.

Apple’s team of engineers are always there planning to innovate something new, they work with dedication to design each gadget so that it delivers nothing but the best of service to the consumers. Apple holds numerous patents, over cutting edge tools and lots of them are there which have not been implemented as yet.

Patently Apple happens to be a blog that is totally devoted in exclusively monitoring the whereabouts of Apple’s research and development, their new ideas and patents.

Here is a collection of 15 such latest and futuristic tools that apple has thought of in the past couple of months.

So, what do you think? Ain’t this amazing? So, even after all the controversies that are there about Apple, the company sure proves the fact time and again that it isn’t for sure among the companies which one can take for granted. Something or the other is always their to pop out from Apple’s shelve. Steve Job’s may have admitted that Apple is not perfect but Apple sure tries to be.

NEW DELHI - Police and journalists can help reduce by nearly half deaths and serious brain injuries ...

NEW DELHI - A team of experts from the Central Building Research Institute (CBRI) were Monday contin...