As Web-based e-mail gets more sophisticated, its features come to desktop Thunderbird software 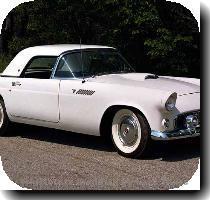 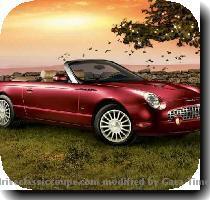 Over the years, Web-based e-mail services have gotten much better, sporting many features once available only with the e-mail programs that reside on the computer desktop.

Now, those desktop programs are borrowing from their Web-based counterparts, such as Google Inc.’s Gmail.

The new version of Mozilla’s Thunderbird, due out in the next few weeks, lets you keep your inbox clutter-free with a Gmail-like “archive” button for permanently storing older messages, while removing them from day-to-day sight.

Thunderbird 3 also introduces tabbed e-mail — akin to tabbed browsing available on most Web browsers, including Mozilla’s own Firefox. You can quickly jump back and forth between e-mail messages by opening them in separate tabs.

David Ascher, CEO of Mozilla Messaging, said that when Thunderbird was first created, the only decent programs around were desktop-based ones such as Microsoft Corp.’s Outlook. For the latest version, Ascher said, Mozilla looked for ideas everywhere, including other e-mail programs that happened to be Web-based.

That might suggest the time has come to ditch desktop programs completely, now that they are playing catch-up rather than the other way around.

But Ascher said desktop systems still provide advantages for many users — particularly those with multiple e-mail accounts over multiple services.

The new Thunderbird software offers improvements for merging messages from those accounts into a single mailbox. Before, you could do that only for e-mail systems supporting the POP3 protocol; that’s been expanded to include IMAP, used by Time Warner Inc.’s AOL and many workplace systems.

Search has also improved to be more like the Web. Think of e-shopping sites that let you narrow your choices by clicking on a specific brand name or price range to the left. Thunderbird will now let you do that with e-mail, narrowing the search results using such criteria as whether there’s an attachment and who the sender is.