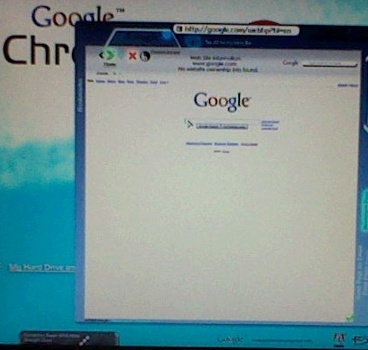 It is become pretty clear by now that Google will not be able to launch stable version of  Chrome OS  this year. The company is only expected to release the stable edition of Chrome OS early next year. Rumors are flying around at Google that Google Chrome OS will be delayed till 2011 or Crome and Android OS are going to merge to form a common platform. The Chrome OS is aimed for the computers that will be used as web browser and don’t store any of their data locally but keep it in the cloud.

According to the latest New York Times report, Google recently deployed new systems that come with Chrome OS to internal Google employees including Sergey Brin. The interesting part of the Times story:

“Mr. Upson says that 60 percent of businesses could immediately replace their Windows machines with computers running Chrome OS. He also says he hopes it will put corporate systems administrators out of work because software updates will be made automatically over the Web,” said Linus Upson, Chrome chief and Google vice president of engineering.

Mr Upson further added that Chrome OS is going to handle the software updates automatically without any intervention of the System Administrator. Those people can be freed to do more important job.

However, Mr Jason Hiner of ZDnet thinks that it is next to impossible that 60% businesses are going to switch to Chrome OS because the OS is aimed for Netbook only. According to TechRepublic poll, majority of the enterprises still provide their employees desktops and not laptops. Additionally, a small percentage of the laptop owners only carries Netbook. The other issue is  that Netbook dominance will be challenged by Tablet PC and Smartphones. But, Mr Upson commented, “We are starting with laptops and we will expand in both directions.”

NEW DELHI - Transgenders are at a higher risk of contracting HIV infection, said a UN report on AIDS...

KOCHI - Sixty teams from across the city took part in the multi-city inter school quiz organised by ...

BHUBANESWAR - The Orissa assembly was adjourned several times Tuesday, on the first day of its winte...

BANGALORE - About 60 students from India, Pakistan, Sri Lanka and Nepal will contest in the finals o...

Rebel leader nabbed in Meghalaya, abducted official to be freed

SHILLONG - A top commander of the Meghalaya rebel outfit Garo National Liberation Army (GNLA) has be...