Google TV to be Lauched in Autumn in US 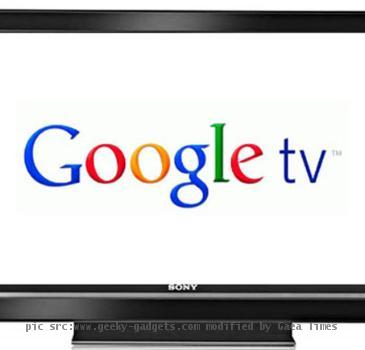 BERLIN (GaeaTimes.com) — The much anticipated Google TV is on the verge of its release now. According to Google CEO Eric Schmidt, US will be the first to experience this service by the end of this year, while other have to keep patience for sometime now.

In the IFA technology conference Schmidt confirmed that Google TV that enables users to access web through their TV set will be a free service. He also added that Google TV will act in collaboration with TV studios and production companies only.

“We will work with content providers, but it is very unlikely that [Google] will get into actual content production,” said Schmidt.

Google TV was first unveiled at the company’s annual I/O developer conference in May this year. It was aimed at combining the internet with traditional television.

Before the announcement made by Schmidt, Apple has revamped its plan in web TV services by unfolding a new 99 Apple TV device. The Apple TV brings streaming of movies and television shows directly into user’s TV.

According to reports, the mega channel Sony has already signed the deal with Google TV and Samsung is to sign the similar deal very soon.