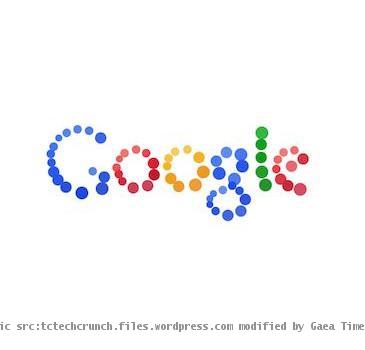 SAN FRANCISCO (GaeaTimes.com)- Google’s latest doodle has created a great buzz on the web as people all over have shown curiosity at the oddly bouncy and colorful balls that make up the logo today. Considering that Google is known for the innovative designs that it creates on its homepage regularly for a particular event or anniversary, the latest doodle has created a sense of mystery. many believe that the logo could be in relation to Google’s birthday which some believe is on September 4 tentatively. Another theory doing the rounds about the logo is that it will serve as a test for those who would want to get their browsers upgraded.

Though some of the versions of Google might not show the logo on the homepage, the users can switch to the UK or US version of the website to see the new logo. The logo is made up of translucent balls that move away from the cursor when it is placed near them. The balls however converge to form the logo again when the cursor is placed anywhere else in the homepage. Another interesting fact about the detached balls is that they imitate the movement of the browser window.

The Google homepage has created a buzz today on the web and many have found it to be a perfect time killer. Earlier, Google’s tribute to the iconic game Pacman also created a similar buzz. As for the latest doodle, the mystery of its purpose and significance is yet to be known. Experts have revealed that Google is using a HTML/JavaScript particle stimulator for the logo.