Today is the birthday of great scientist Sir Isaac Newton. He is famous for his theory of universal gravitation. To mark this special occasion and to pay homage the legendary scientist Google has adopted an unique idea.

Google is celebrating his day with the whole universe by posting the first animated google doodle. Once you open google.com, the first page appear would definitely amaze you. It features one apple falling from (google) tree under the influence of gravitational force. This reminiscences the true story of dropping of apple related to Newton’s theory of gravitation. 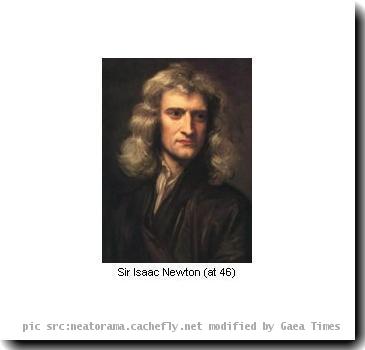 Isaac Newton was the great scholar of 16th century. He was born on January 4th, 1643 and today is his 366th birthday. In order to respect the great scientist Google has paid unique tribute to him by posting the animated google doodle on its home page.

Just by clicking the logo in the homepage of google today you will get the entire information about the law or about Google doodle of the day .

Newton and His Apple: The True Story

The story said that Newton was inspired when he saw a falling apple while walking around his family’s garden at Woolsthorpe Manor, to formulate his theory of universal gravitation.

I must admit that the google’s attempt to respect the great man, is unique and praise worthy. We also commemorate Newton on his birthday. Happy Birthday Sir!

AUCKLAND - Sex education will be part of the curriculum of a New Zealand business school because man...

LONDON - English actor Jason Isaacs has nothing but praise for the young actors of Harry Potter, s...

Arundhati Roy does not deserve to be arrested (Comment)

Nothing will please the Booker prize winning author Arundhati Roy more than being charged with sedit...

3 Horror Games You Must Play This Halloween

Halloween is near and to get more fun out of it, playing scary computer video games is a must. T...

TO shows he's still got a lot left at age 36CINCINNATI ? With one big game, Terrell Owens made his p...