LOS ANGELES (GaeaTimes.com) — Google is all set to celebrate the 120th anniversary of the queen of fiction and British crime writer, Agatha Christie. This time the Google doodle has come up with an unique logo to honor the famous novelist. If you go to the Google search engine page today, you will find the letters ‘G’ and has transformed to portray characters from her novels.

The multi-colored logo of Google has been replaced by an interesting murder scene where the letter ‘G’ portrays one of the popular creations of Agatha Christie, the inimitable Hercule Poirot casting a big mustache and the other letters depicting various personages. As usual this Google Doodle like others are attention grabbing as well as very informative. 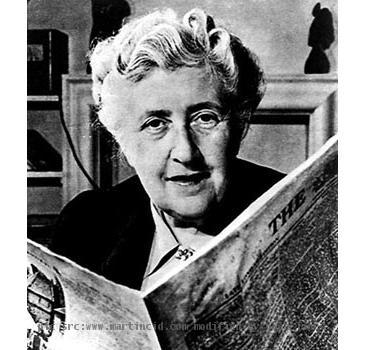 The creator of such popular characters like Hercule Poirot, Agatha Christie wrote record breaking number of novels and during her life time she received countless accolades for her mystery novels and short stories. This prolific author became the best selling book author of all time. She died peacefully in the year 1976.

Google Doodle with this mysterious logo tried to aware people how important this author is and her legacy continues after so many years of her death.