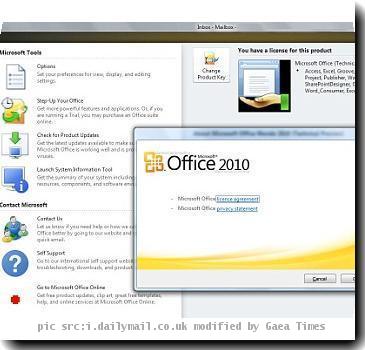 Note: The only limitation is that you can upgrade to the same language version of Office 2010 as per the Technology Guarantee upgrade program.