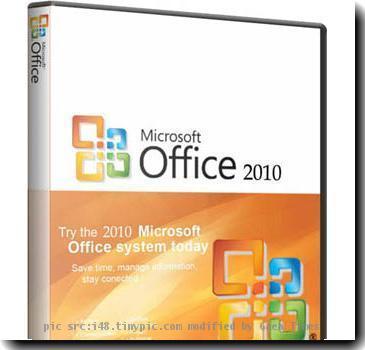 The Microsoft Office is perhaps still the most popular Office Software keeping in mind all the other free office applications and also the web based versions. The latest Beta version of Microsoft Office 2010 has just released and after having a good look at it, I must say that the Microsoft Office 2010 has arrived here to stay bringing up a whole new set of important and incremental improvement to the market leader in Office Application Suite. To say briefly about the new features, I must mention the video editing capabilities in PowerPoint, improved mail handling in Outlook and many other productivity enhancers such as improved paste operation and photo editing tools. Based on the looks and interface, the ribbon has become the default interface for all office applications and there are many small changes as well. Let’s dig a bit deeper into the software.

The Ribbon now grabs the center stage of all the Office Interface and it is perhaps the most impactful change to the interface design. The Ribbon Interface replaced the old menus and submenus with a graphical system that groups the buttons for common tasks and is organized in tabs. The Ribbon interface is now common to all applications such as Word, Excel, PowerPoint, One Note SharePoint, Outlook etc. However, Outlook seems to have gone through a little lesser treatment in the Ribbon department.
Other than the Ribbon, the Office Button is also redesigned from a big circular shape to a rectangular shape. The button has been moved slightly down from its previous position at the very top of the screen.

Clicking on the office button brings up a view that is named BackStage View by Microsoft. The view contains many common features such as save, print, open file or create new file option. But the view of 2007 is vastly improved to give you the total experience. For instance, in the print option, you can select and adjust the printer settings, choose whether to print one sided printing or collated printing, what margins to use etc. Most of the BackStage View elements may feel like old 2007ish but there are certainly some new elements. Take the info tab for example. It shows information about the files opened such as the time it was last modified, the name of the author etc. which may prove to be useful at times to many of us.

PDF is one of the most popular formats for documents now-a-days. All Office 2010 Programs now include an in-built PDF writer to export the documents into a PDF version. The native PDF support means that making a PDF of your Word file is just a click away.

Wanna edit and trim some of your videos used in your PowerPoint Presentation. Well, now you don’t need to go elsewhere. You can do it on PowerPoint itself. Not only just trimming of the videos, you also have a plethora of other powerful video editing features such as reflection coupled with 3D rotation. Sound interesting! Won’t you try it?

This is something called attention to minute details by Microsoft. You can always live without this tool but the addition of this tool saves those precious seconds of yours which was otherwise wasted doing some clericals things on your computer. The screen shot capturer tool will clip the desired portion of the screen and will automatically insert them to the document you are working on.

Introduction of Web Based capabilities

This is perhaps the most important change in the Office Suite since its birth. The versions have been released for both the consumers and the enterprise users. Microsoft claims absolute document fidelity between the desktop and the online versions of their Office 2010 Apps.  The office web applications are expected to launch within the first half of 2010 and when they launch, they will be free and available through Microsoft’s Windows Live Set of online services. Here are some of the Web related features of MS Office 2010.

Saving Documents to the Cloud

The Microsoft Office 2010 allows you to upload your documents to Windows Live SkyDrive Account to access the from any place in the world. All you need to access them is a computer (even a Mac will do) with a working internet connection. Cool. Isn’t it? Moreover, SkyDrive provides a 25GB free online storage as the service is integrated with the Office Web Apps which will be discussed later.

Embedding the web videos is now as simple as copy and paste. Copy the embed code from YouTube or any other video sharing site and paste them to any PowerPoint Slide as you would to embed a video to a webpage and you are ready to go with a web video in your presentation.

PowerPoint 2010 can now deliver live presentations over the web. Anyone in the world can view your presentation by simply using a web browser. The system is easier said and done.

The Office 2010 has been released for mobile phones also. The previous versions of MS ‘Office was supported in only Windows Mobile Phones but the new office 2010 is also available for the non Windows Mobile Phones such as the iPhone. The new Office for Mobile will have two versions. First, the Web Apps version will be free and can be loaded in any platform such as iPhone OS or Android. The App is light but sadly, it can only open the files in view modes and no editing can be done on the files. The other version of Office 2010 for mobile phones can do editing but can only be installed on the Windows Mobile Phones. This shows that Microsoft is still counting on the Windows Mobile OS that has been declared dead and incompetent to the likes of iPhone OS or Android OS.

It seems from observing the Beta versions that when the MS Office 2010 releases in June 2010, it will continue to gain the popularity that it has received throughout the years. The developments are nothing extraordinary but it has the necessary improvements and tweaks that we wanted to see in it.