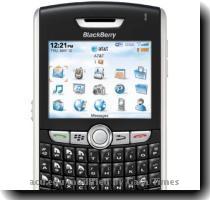 TORONTO — BlackBerry maker Research In Motion Ltd. surprised Wall Street on Thursday as it reported a 59 percent increase in third-quarter income, boosted by new subscribers and record sales of its smart phones.

More than 80 percent of the Canadian company’s new subscribers were non-corporate customers, a sign of the BlackBerry’s popularity among consumers amid intense competition from devices such as Apple Inc.’s iPhone, Palm Inc.’s Pre and Motorola Inc.’s Droid.

After initially focusing on corporate customers, RIM has expanded its reach into the consumer market in recent years with such touch-screen models as the BlackBerry Storm. Two years ago, half of RIM’s new subscribers were business customers. In the third quarter, they made up less than a fifth.

“The consumer side is growing real fast,” co-Chief Executive Jim Balsillie said on a conference call with analysts. “It’s not like this isn’t a competitive space with big companies trying to do well and yet we’re No. 1.”

RIM sold more than 10 million BlackBerry phones during the third quarter, beating the previous record of 8.3 million, set during the second quarter. By contrast, Apple shipped 7.4 million iPhones in the most recent quarter.

“This shows that RIM is as popular a device as it’s ever been, selling more units than its largest competitor,” said Duncan Stewart, director of research and analysis at DSam Consulting.

RIM is known for its popular messaging phones that some can’t live without. Before he took office, President Barack Obama lobbied successfully to keep his BlackBerry despite security concerns.

But among investors there has been fears about RIM’s future in recent months as the stock dropped more than 25 percent after its last earnings report. The BlackBerry’s Web browser and phone apps are perceived to be less stellar than the iPhone’s. Apple’s stock has soared in recent months.

“You can’t force love,” he said. “Some carriers are feeling quite concerned about how they maintain their relevance. We like to be an agent of that relevance for them.”

He announced a partnership with China Telecom, a week after reaching a similar deal with China Mobile. He said RIM is considering China for manufacturing and research and development opportunities.

Balsillie reiterated that 100 percent of the handhelds sold one day will be smartphones.

RIM’s better-than-expected report comes as BlackBerry users in North America faced delays in receiving e-mail on their devices Thursday. RIM said that technicians isolated and resolved the issue and that it is investigating the cause.

Users were still able to make phone calls, browse the Internet and send and receive text messages. RIM didn’t say how many users were affected or how long the outage lasted. RIM said some customers may still experience delays as e-mail queues are processed.

The company’s performance surpassed the expectation of analysts polled by Thomson Reuters, who were expecting net income of $1.04 per share and revenue of $3.78 billion.

Peter Misek, an analyst with Canaccord Adams, said RIM exceeded expectations throughout, and worries among media and analysts were unfounded.

“It continues to execute strongly,” Misek said. “They significantly exceeded all metrics.”