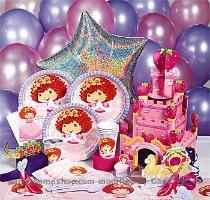 Developers say that the game will not be a problem for the users for it will automatically adjust itself. No wonder the players will now be all geared up even if they are not so well versed with the game. Creators of this app. have reiterated that games should watch out for Strawberry’s berry best friends, Blueberry Muffin, Lemon Meringue, and Orange Blossom who make guest appearances at the Strawberry Shortcake’s Berry Bistro Cafe.

WASHINGTON - In a new study, scientists found that strawberries and other fruits and vegetables slow...

Girl,10, who gave birth, lived with partner in Romania

LONDON - The 10-year-old Romanian girl, who gave birth to a child fathered by her 13-year-old cousin...

Apple season almost over in Himachal

SHIMLA - The apple season in Himachal Pradesh is almost over with more than four crore boxes sold to...

NEW YORK - When beverage experts were asked to create some cocktails in honour of National Sand...

MELBOURNE - Pop star George Michael treated himself to a range of products to maintain his appearanc...

LONDON - A new survey has revealed that most Britons have no idea when UK fruit and vegetable a...

LONDON - A new survey has revealed that most Britons have no idea when UK fruit and vegetable a...

SHIMLA - The Commonwealth Games in New Delhi have been a bonanza for kiwi growers in Himachal Prades...
Copyright© 2010 The Gaea Times