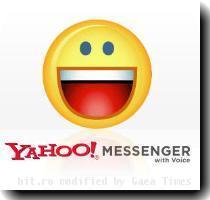 SAN FRANCISCO — Yahoo Inc. will lean more heavily on Facebook’s popularity as it tries to give people more reasons to stay on its Web site.

The expanded partnership announced Wednesday will enable Yahoo users with Facebook accounts to blend material from the two Web sites without having to leave one destination for the other.

For example, Yahoo users will be able to read the latest updates from their Facebook friends while they’re still perusing Yahoo’s site. On the flip side, personal material from Yahoo’s site — such as e-mail, movie reviews, and photos — can be more easily shared on Facebook.

These tools are scheduled to be activated early next year.

Yahoo’s home page already includes an application that provides a glimpse at Facebook updates. The upcoming changes will make it possible to plant Facebook content all over Yahoo.

This marks Yahoo’s most aggressive step yet in a yearlong effort to host more outside applications on its site as part of its strategy to woo back Web surfers who are spending more time socializing and playing games elsewhere.

Although it’s still the larger of the two companies, Yahoo has been shrinking while Facebook Inc. has been growing.

Yahoo has cut about 2,000 jobs during the part year to offset a prolonged slump that has included a 12 percent decline in revenue through the first nine months of 2009. In contrast, privately held Facebook’s revenue has been steadily rising — validating Facebook founder Mark Zuckerberg’s decision to rebuff a $1 billion takeover offer from Yahoo in 2006. A private sale of Facebook’s stock appraised the company’s current market value at about $10 billion.

Annoyed with so many friends buzzing around you? Need privacy? Well, here's how you can achieve ...

Twitter has been on with their upgradations for quite sometime now. The latest installment comes...

Port-of-SPAIN - The first Indian film festival in Trinidad and Tobago has a series of movies lined u...

Country Justice: Revenge of the Rednecks

Livin' was easy for bootleggin' Steve Earl, cousin Ellie May and their bestest goat Dixie - til now....

When you log into Facebook, you can convince the world to identify you online. The Social Network a...

CIOL (Cyber India On Line) broke out this interesting story about adult website that I would like t...
Copyright© 2010 The Gaea Times