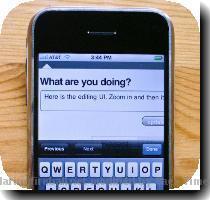 WASHINGTON — As federal regulators take their first tentative steps toward policing the wild west of medical information online, pharmaceutical companies are pressing their case to market drugs via Google, Twitter and other Web sites.

The Food and Drug Administration will convene a two-day meeting beginning Thursday to hear the drug industry’s position on Internet marketing. The agency has agreed to consider developing rules for online advertising after companies complained that the current guidelines for traditional media — which require a detailed list of possible side effects — have left them hamstrung on the Web.

An estimated 83 percent of Internet users search for health information online, according to a recent survey from the Pew Research Center.

A few drugmakers have begun trying to reach patients via social networking sites like Facebook and YouTube. But overall the industry’s online presence trails other sectors, including retail, financial services and computer makers.

In the first half of 2009, pharmaceutical companies represented just 4 percent of the $10.9 billion spent on online advertising, according to a report from PricewaterhouseCoopers.

Industry observers say companies have largely steered clear of the Web for fear of running afoul of FDA regulators, who have not defined the rules of operating online.

In a public statement announcing the meeting, the FDA acknowledged that “emerging technologies may require the agency to provide additional guidance.” But some industry experts worry the FDA’s rule development process — which often takes years — cannot keep pace with online innovation.

“What’s happening is these new media are emerging at an increasingly rapid rate, and are being regulated by an agency that moves very slowly,” said attorney Mark Senak, who advises drug companies as a consultant for communications firm Fleishman-Hillard. “In essence, you have a regulatory communication crisis developing.”

The vast majority of the pharmaceutical industry’s roughly $4.5 billion in annual marketing is still spent on traditional TV and magazine advertising, where the rules are clear: all ads that mention a drug must provide a balanced picture of its risks and benefits.

The requirement to disclose risk information demands those long lists of side effects heard during TV and radio spots, as well as the large blocks of small print seen in magazine ads.

When drug companies have tried to adapt such ads to the abbreviated language of Google and Yahoo, they’ve run into trouble. In April, the FDA fired off warning letters to Pfizer Inc., GlaxoSmithKline PLC and a dozen other drugmakers for search engine ads that did not mention drug risks.

The ads — called sponsored links — appear on the screen margins of sites like Google when users search for certain key words. With a maximum of just 25 words, the links did not include information about potential side effects, making them illegal, according to the FDA.

On Thursday, the Pharmaceutical Research and Manufacturers of America group will argue that the FDA should relax its standards to accommodate new online approaches to marketing.

In documents released ahead of the meeting, PhRMA suggests the agency develop a logo that could be used in place of hundreds of words about drug risks. The logo would link viewers to the drug’s full risk information, allowing manufacturers to send messages about their drugs on sites like Twitter, which has a 140-character limit.

But industry observers say the online marketing environment is not as restrictive to drugmakers as some suggest. Pharma Marketing News publisher John Mack says drug companies already are free to post abbreviated ads about diseases and treatments — provided they don’t mention a specific product.

“They are very hell-bent on including brand names in their ads,” said Mack. “If all they wanted to do is direct people to useful health information, there are lots of ways to accomplish that.”

PhRMA will also press the FDA to narrowly define drug companies’ responsibility for policing information about their products.

Pharmaceutical promotions can only discuss drug uses that have been cleared by the FDA. But manufacturers worry they could be held responsible for comments about unapproved uses posted by users of blogs and interactive Web sites like YouTube, where some drug companies offer videos about diseases and medical science.

“Pharmaceutical companies control their own sites, their own agents and their own employees,” PhRMA assistant general counsel Jeffrey Francer said in a media briefing Monday. “But there is no sensible basis to hold manufacturers accountable for third-party statements.”

Even after the FDA transcribes and reviews hours of testimony, the agency will only be in the preliminary stages of crafting new guidelines. According to Senak, the FDA is unlikely to release its final regulations until 2011 — when they may already be outdated.

“The danger is that the agency takes so long to get this done, and done right, that tremendous opportunities are lost,” said Senak.

A spokeswoman for the FDA declined to comment on the agency’s timeline.

“Next steps after the meeting will be to review all the testimony provided at the hearing and the comments, information and data submitted to the docket,” Shelly Burgess wrote in an e-mail.

40 children down with fever after taking polio drops in Aurangabad

AURANGABAD - Around 40 children caught fever after they were administered anti-polio drops in Phulba...

LONDON - For the first time ever, Stanford University researchers have successfully transformed norm...

Tumours are capable of making their own blood vessels: Study

LONDON - A new study has revealed that tumours don't rely on their host's blood vessels for nourishm...

LONDON - A study of peak-time British programme has indicated that television dramas too often portr...
Copyright© 2010 The Gaea Times