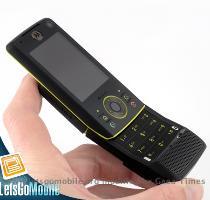 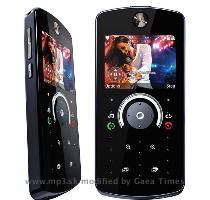 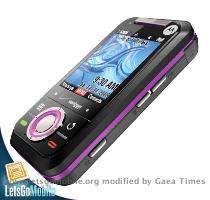 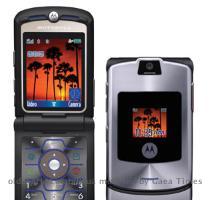 NEW YORK — For decades, Motorola Inc.’s products told the story of the march of electronics into the hands of consumers: car radios in the 1930s, TVs in the 1940s and cell phones starting the 1980s.

Now, the iconic company is breaking up, the victim of changing markets and the need to present simpler stories to investors.

Motorola’s cell phone business, which as late as 2007 was riding high on the success of the Razr, is struggling to reshape itself. And its survival may ride on whether it succeeds in turning a once-mass-market cell phone business into a much smaller mold, focused on playing in the same niche as Apple Inc.’s popular iPhone.

Early next year, Motorola is slated to separate the business that makes cell phones and set-top boxes from the one that makes police radios and bar-code scanners, Enterprise Mobility.

In a prelude to that split, Motorola announced Monday that it is selling the bulk of its wireless networks division for $1.2 billion to Nokia Siemens Networks, freeing Enterprise Mobility from a Networks business that has been holding it back in the eyes of investors.

Enterprise Mobility is the part of Motorola that’s currently doing the best — what Morgan Keegan analyst Tavis McCourt calls the company’s “crown jewel.” Its customers are police departments, government agencies and big retailers, putting it outside the view of consumers.

Its roots also stretch back further than any other Motorola business: the company, then called Galvin Manufacturing, sold its first two-way police radio system in 1940 to the police department in Bowling Green, Ky.

By contrast, Networks, which supplies equipment to wireless carriers, has an aging product portfolio and is too small to compete in today’s global market. Wireless carriers have been consolidating into larger companies and now prefer to deal with only a couple of equipment vendors each, narrowing the scope for small suppliers such as Motorola.

The point of one company making both cell phones and the equipment that connects their calls has diminished as well.

The industry was pioneered by Motorola, LM Ericsson AB and other companies that made both phones and network equipment. But with increasing standardization of the technology, there is no longer much synergy; any phone will connect to a compatible network.

So Ericsson spun its handset business into a joint venture with Sony Corp., and Nokia Corp. of Finland combined its networks business with Siemens AG of Germany to form a joint venture that focuses on handsets.

In the hunt for scale, the other big U.S. supplier of network equipment, Lucent, was bought by the French company Alcatel in 2006. Canada’s Nortel Networks filed for bankruptcy in 2009, shortly after it was said to have discussed joining its networks business to Motorola’s. Ericsson and Nokia Siemens networks ended up buying parts of Nortel.

Meanwhile, developments on the cell phone side are being driven by companies that don’t make network equipment at all, including Apple Inc. and Research In Motion Ltd., creator of the BlackBerry.

That blindsided Motorola, which made the cell phones for the launch of the first commercial network in the U.S. in 1983 and parlayed its design skill into a worldwide franchise. Late in 2004, it launched the Razr phone, a slim “clamshell” that became the most iconic phone of the time and a best-seller. Going into 2007, Motorola was still the world’s second-largest maker of phones, after Nokia. Phones made up two-thirds of its revenue — they were then the “crown jewel.”

But the Razr was getting old, and Motorola was scrambling to come up with a successor that could fill its shoes. There was the Razr 2. There was a phone that tapped Apple’s iTunes music library. There was a smart phone based on Windows Mobile. Nothing took hold. Motorola’s sales started cratering.

What made the implosion worse was that even at its peak, Motorola was not an efficient manufacturer in the manner of Nokia, and it didn’t have very good margins. When sales shrank, losses piled up very quickly.

Pressured by corporate raider Carl Icahn, Motorola crafted a plan to split off the phone business and hired Sanjay Jha, the chief operating officer of Qualcomm, in 2008 to run that unit. Investors like a clear story, and splitting the phone business from the rest would make both parts easier to value, the thinking went.

But the cell phone business tanked even further, and it soon became clear that investors would not value it at all as long as it was posting huge losses. The split was postponed, and Jha embarked on a program to focus Motorola in the highest-margin sector of the phone business: smart phones.

That initiative started bearing fruit last year, with the introduction of the Droid and Cliq phones. Because the iPhone is exclusive to AT&T Inc. in the U.S., other carriers are eager for phones that can compete. Ron Gruia, a Frost & Sullivan analyst focused on telecom, likens their thirst to that of drinkers seeking booze during the Prohibition. Verizon Wireless, in particular, pushed the Droid aggressively as an iPhone alternative.

Motorola’s smart phone sales have been modest compared with Apple’s, and they haven’t been able to reverse the overall sales slide of the division. But it’s launched several more models this year. It reports second-quarter results next week, and analysts will be looking closely at sales figures to gauge their success.

Jha has said he expects the phone business to be profitable in the fourth quarter, after years of losses. Once the second-largest maker of phones, Motorola is now the seventh-largest — and smaller than Apple, which launched its first phone in 2007. The smart-phone business can be lucrative, but it’s also cutthroat.

Motorola, which is based in Schaumburg, Ill., has placed its bet on Android, Google Inc.’s phone software, and that has paid off so far. Both carriers and consumers see Android as the next best thing to the iPhone, and application developers are warming to it, though the quality and quantity of apps is still far behind the iPhone’s. And being a one-trick pony has burned Motorola before.

In any case, Enterprise Mobility business, supported by steady government orders, will be free from the influence of fickle consumers as the two part ways early next year as Motorola Mobility for the consumer devices and Motorola Solutions for the government and corporate products.

The split is driven by the logic of the stock market, under the theory that investors like businesses that are easy to understand. The ups and downs of the phone business are different from those of the police radio business.

The fact that Motorola plays in both is a reflection of its long history, but the days of the electronics conglomerate are over.