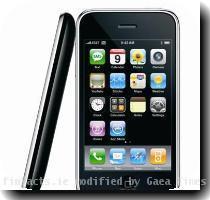 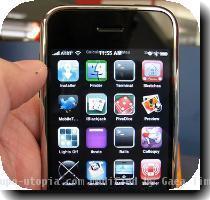 LAS VEGAS — AT&T Inc. is adding cell phones running Google’s Android operating system to its lineup, bringing what could be the iPhone’s greatest rival into the fold of the device’s sole U.S. carrier.

AT&T’s head of consumer services, Ralph de la Vega, said Wednesday that AT&T plans to sell five Android phones from Dell, HTC and Motorola during the first half of this year. De la Vega was speaking at an event Wednesday ahead of the International Consumer Electronics Show in Las Vegas.

Android is shaping up to be the strongest challenger to Apple Inc.’s iPhone — more than 30 million of which have been sold in the past 2½ years.

With AT&T’s announcement, the four largest U.S. wireless carriers will offer phones running Google’s software. There are about 20 such phones on the market, including ones made by Motorola and HTC and Google Inc.’s own Nexus One, which was announced Tuesday.

Also Wednesday, De la Vega said AT&T will sell phones running Palm Inc.’s WebOS operating system in the first half. Palm offers two phones with that software, the Pre and the Pixi. Both have been offered in the U.S. only by Sprint Nextel Corp.

Dell has already built versions of its phone, called the Mini 3, for carriers in China and Brazil. Its efforts to expand to the U.S. market is part of its effort to diversify. Its main customers, U.S. corporations, have slowed spending on technology since the economic meltdown of 2008. Once the largest PC maker in the world, Dell has slipped to third behind Hewlett-Packard Co. and Taiwan’s Acer Inc. The one bright spot in the business, the consumer PC division, has become less profitable as people have leaned toward inexpensive portable computers.

NEW YORK (GaeaTimes.com) -- Google Android OS has been defining the smartphone market and within...

Long wait for the Microsoft Windows Phone 7 finally comes to an end. Smart phones that run on Mi...

HP Comes Up with GSM Palm Pre 2 Direct and Unlocked

SAN FRANCISCO (GaeaTimes.com)- Hall of Famer Willie Mays was announced as one of the former San ...

Users are More Prone to Smartphone than Computer or TVs

The following story is an excerpt published by Our Mobile Lives, CNN series.  According to the ser...

Soon you will be able to buy Apple iPad from AT & Verizon stores. Both of the companies announc...
Copyright© 2010 The Gaea Times