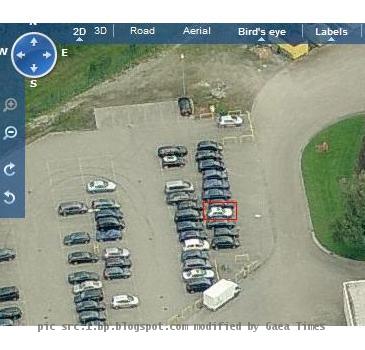 NEW YORK (GaeaTimes.com) — Facebook has given a split decision towards Bing and Google in their new Places Mapping Feature. The Bing Maps Team had announced that Facebook will be using the Microsoft Mapping service for Facebook Places. Later, the truth was revealed out.

Facebook is only using Microsoft services to show check-in locations on Facebook.com. The Google Maps service will be used over iPhone from where people will be doing most of their check-ins. A Location Based feature will be more used, when people are mobile. Naturally, the Service on devices like iPhone will be used most.

Chris Pendleton of the Bing Maps team offers this explanation:

Bing Maps is the map provider for Facebook Places on Facebook.com. Facebook is using the native Apple iPhone map kit within the SDK which fetches Google Maps for check-ins. Note, this is an Apple API that proxies to Google Maps and not a Google Maps API.

WASHINGTON - A new study has found that adolescents into binge drinking are more likely to engage in...

LONDON - New research suggests that middle-aged women who enjoy a couple of glasses of wine a day ha...

WASHINGTON - Researchers have warned that binge-drinking teenagers are more likely to have mood diso...

After 15 years, I binged on junk food for 'Guzaarish': Hrithik Roshan (Interview)

MUMBAI - Hrithik Roshan, known as a hot bod of Indian showbiz for whom staying away from junk food i...

LONDON - Teenagers who text 120 times a day are nearly three-and-a-half times more likely to have se...

How many of you installed a software only to find that your default search engine has been chang...

Google has come up with a mobile search application specifically targeted towards the Microsoft'...
Copyright© 2010 The Gaea Times