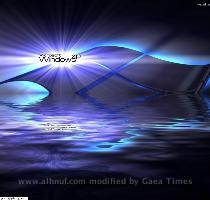 NEW YORK — The company behind the magicJack, the Internet phone gadget heavily advertised on television, has another trick up its sleeve: free phone calls from computers, smart phones and iPads.

The cost of phone calls routed over the Internet has been on a long slide. There are already a multitude of programs that allow free calling between computers, and some that allow free, but short, calls to regular phone numbers. Another alternative, Google Voice, provides “free” calls to the U.S. and Canada, but you need a phone to use it, and if you’re using a cell phone, it uses up minutes.

MagicTalk would go one better by eliminating fees for calling landline and cell phones in the U.S. and Canada, with no time limits on the calls.

The software will be available next week for Windows and Mac computers. Versions for the iPhone, iPad, BlackBerry and Android phones will follow in September or October, said Dan Borislow, the CEO of VocalTec Communications Ltd.

Each magicTalk user gets a phone number that’s associated with the software. Users will also be able to move their existing phone numbers to the service, for a fee, a feature that will be extended to magicJack users soon as well.

The reason the calls can be free is that VocalTec operates as a phone company, so it can charge other phone companies for calls placed to magicTalk and magicJack numbers. It also charges its users who dial phone numbers abroad.

Still, magicTalk will likely have slimmer profit margins than magicJack, which costs $40 and comes with a year of free calling in the U.S. and Canada (an extra year costs $20).

Although magicTalk calls won’t be limited in duration, Borislow said it’s not intended for nonstop calls around the clock. The company hasn’t quite decided if the smart-phone versions will run over “3G” cellular broadband or if it will be restricted to Wi-Fi for better sound quality.

Borislow said magicTalk won’t be advertised on TV as the magicJack has been, nearly unavoidably. Slightly bigger than a matchbox, the magicJack plugs into a computer’s USB port. A regular home phone can be plugged into it. MagicJack then routes the calls over the computer’s Internet connection.

Borislow said the company is working on a standalone version of the magicJack, one that wouldn’t need to be connected to a computer. That would make it similar to the Internet phone adapters sold by Vonage Holdings Corp. and some other companies.

The magicJack’s sound quality can be shaky, and not all users are happy with it. In a few tests with magicTalk, however, the sound quality was excellent, even on an international call.

In January, Borislow showed off another prospective second act for the company: a small device that would connect wirelessly to cell phones in the home and route their calls over the Internet, without costing the user any minutes.

It was an audacious idea, because the devices used wireless spectrum owned by phone companies, who weren’t likely to look kindly on gadgets that allowed their customers to call for free. The phone companies have their own devices that extend a wireless signal inside a home, known as “femtocells,” and charge for their use.

Borislow said plans for the device are now on hold. The device had to use low signal power levels to get around legal restrictions on the use of licensed spectrum, but that also shortened the range and reduced sound quality. He’s now looking for a carrier partner that would allow him to turn the power up.

Borislow launched the magicJack as the founder of YMax Corp., which was based in Palm Beach, Fla. It was privately held until July, when it merged with VocalTec, an Israeli company listed on the Nasdaq.

Formally, VocalTec was the acquirer, but in reality, YMax’s owners contributed the majority of the equity and were left in control. This means shares of the company behind the magicJack are now publicly traded. It has market capitalization of about $300 million, and the combined company expects to have $110 million to $125 million in revenue this year.

VocalTec was the first company to release commercial PC-to-PC calling software, which it called Internet Phone, in 1995. However, many competitors soon followed, and the company wasn’t able to parlay its technology into a success of the kind enjoyed by Skype SA, and even Skype doesn’t make much money from it. More recently, VocalTec has been selling Internet calling services to businesses.

MUMBAI - An insurance regulator who is on a learning curve and life insurance chief executives who d...

LNG terminal capacity to be doubled at Kochi: Petroleum Secretary

MUMBAI - Mahindra Satyam, which was delisted from the New York Stock Exchange in September, said Mon...
Copyright© 2010 The Gaea Times