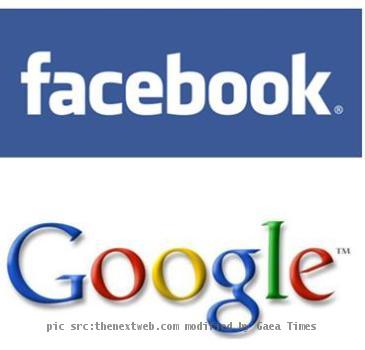 NEW YORK (GaeaTimes.com) — A few days ago, Google blocked access to Facebook by preventing them import their contact data in an automated way. Well, it was a power nap for Google as Facebook has paved another road to hover around Google Contacts.

When Google announced the news about blocking Facebook from accessing their contact data, they also notified that users could still download their address books in a common CSV format for importing it into outlook or other devices. Well, that was the part that Facebook took advantage of. Facebook has given users a direct deep link to the access contacts from Google where the Contact file is downloaded from Google and then uploaded to Facebook from the users PC and all these happens automatically.

Facebook has got quite aggressive here and Google has been shown a big middle finger by Facebook. When a Google Engineer was asked if this could be stopped he replied that it was very simple and added,

Just put a CSRF token on the url to block deep linking but that might fuck up other CSV flows. Maybe they have an outlook importer or something. facebook really went aggressive here.

So, it remains quite uncertain whether Google will stop letting users downloading their CSV files too. If that happens it might be a big problem because there is a huge number of Gmail users who are also addicted to Facebook. The sheer fact is that Google or Gmail is a need while Facebook is an addiction for the majority.