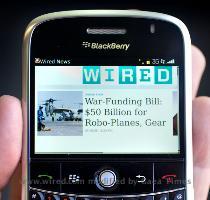 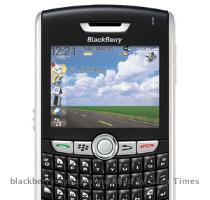 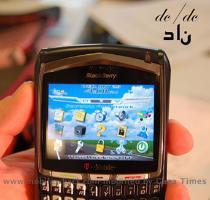 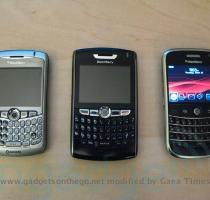 DUBAI, United Arab Emirates — The United Arab Emirates’ looming crackdown on BlackBerry services will extend to foreign visitors, putting the government’s concerns over the smart phones in direct conflict with the country’s ambitions to be a business and tourism haven.

The Emirates’ telecoms regulator said Monday that travelers to the city-state of Dubai and the important oil industry center of Abu Dhabi will — like the 500,000 local subscribers — have to do without BlackBerry e-mail, messaging and Web services starting Oct. 11, even when they carry phones issued in other countries. The handsets themselves will still be allowed for phone calls.

Emirati authorities say the move is based on security concerns because BlackBerry data are automatically shipped to company computers abroad, where it is difficult for local authorities to monitor for illegal activity or abuse.

Critics of the crackdown say it is also a way for the country’s conservative government to further control content it deems politically or morally objectionable.

About 100,000 travelers pass through Dubai’s airport every day, making it the busiest in the Middle East. The new restrictions could leave time-pressed business travelers hurrying through, many of them changing planes for other destinations, without access to their e-mail or the Web.

“I think it’s a very big step back. All developed countries in the world have it. Why should we not?” said Emirati BlackBerry user Maisoon al-Iskandarani, 24, who works at an international bank in Dubai. “How are you going to stay in touch with your clients and colleagues?”

“We’re going to clarify with the UAE what’s behind this announcement, but we think it sets a dangerous precedent,” Crowley told reporters. “It is our view that you should be opening up societies to these new technologies that have the opportunity to empower people.”

Crowley told The Associated Press, however, that diplomats and other officials needing to travel to the region will continue to do so, even if they need to use regular cell phones rather than BlackBerry messaging services.

The Paris-based press-freedom group Reporters Without Borders urged the government to lift its ban and reach a compromise “that does not limit the freedom of the Emirati population.

Device maker Research in Motion Ltd. said it “respects both the regulatory requirements of government and the security and privacy needs of corporations and consumers,” but does not disclose details of discussions with regulators in any of the more than 175 countries where it operates. The Canadian company defended its security system as “widely accepted by security conscious customers and governments around the world.”

The UAE contends some BlackBerry features operate outside the country’s laws, “causing judicial, social and national security concerns.” At the heart of their concerns is the way the devices handle data, which get encrypted and routed through RIM’s servers overseas. The automatic encryption makes BlackBerry data far more difficult, if not impossible, for authorities to monitor.

The Emirates’ ambassador to the U.S., Yousef al-Otaiba, said in a statement that it was merely asking RIM to comply with its regulations — just as RIM does with laws in the U.S. and other countries. The statement said the UAE has been in talks with RIM for several years without success.

The smart phones enjoy a following not only among the region’s professionals, but also among tech-savvy youth who see their relatively secure communication channels as a way to avoid unwanted government attention.

The Telecommunication Regulatory Authority had left the question of phones run by foreign operators unanswered in announcing the ban.

But in an e-mailed response to questions from The Associated Press, the regulator said the service suspension would apply to all users in the country, including visitors.

That would put BlackBerry services out of reach for business travelers and others passing through the busy Mideast airport hub of Dubai, which handled 40.9 million passengers last year.

Dubai is a major commercial center, hosting the Mideast’s biggest port, and has emerged as the region’s financial capital and a popular tourist destination.

Its image as an easy place to do business has been tarnished, however, by a credit crisis that has left the emirate more than $100 billion in debt. Residents fear the BlackBerry crackdown won’t help.

“Dubai as it is doesn’t have a good reputation right now. Do you really want to add to that, so people say ‘even technology-wise they’re behind?’” al-Iskandarani said. “If anything, they should bring in extra services.”

Emirati regulators say they decided to suspend the BlackBerry data services until they can find “an acceptable solution” that addresses the government’s concerns — suggesting a deal could still be reached before the ban goes into effect.

Monika Bujalska, a spokeswoman for Canada’s International Trade Minister, said Monday that the Canadian government has been in touch with UAE officials in hopes of brokering a deal with RIM.

The UAE has singled out BlackBerry devices for scrutiny before.

Last year, RIM criticized a directive by the UAE state-owned mobile operator Etisalat telling the company’s BlackBerry users to install software described as a service upgrade. Tests showed the download actually installed spy software on users’ phones that could allow authorities to access private information stored on the handsets. It strongly distanced itself from Etisalat’s decision and told users how to remove the software.

Telecommunication officials in Saudi Arabia have also said they are planning to curtail use of the BlackBerry messaging service, but not other services on the phones. Other countries, including India and the Gulf state of Bahrain, have also raised concerns about BlackBerry messaging features, but have not blocked them outright.

GUANGZHOU - India made an euphoric start to its athletics campaign, winning two golds and one silver...

ON BOARD AIR INDIA ONE - President Pratibha Devisingh Patil, who left on nine day state visit to W...

ON BOARD AIR INDIA ONE - President Pratibha Devisingh Patil on Sunday said that she will use her s...
Copyright© 2010 The Gaea Times