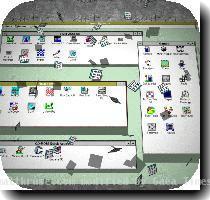 He declined to provide specific numbers for Japan, which is Microsoft’s second-largest market, but said features like quicker start-up times were luring consumers to the newest version of the world’s dominate software package. He added new computers were also helping attract buyers.

Windows 7 was launched last month after consumers and businesses gave a poor reception to its predecessor, Vista. That operating system was considered slow and had trouble working with existing programs and devices. Many consumers and companies opted not to install Vista at all.

The company has also been hit by the economic downturn. Microsoft said Wednesday it is cutting 800 jobs, in addition to the 5,000 layoffs it announced in January, its first broad layoffs ever.

He said the company’s Internet search partnership with Yahoo Inc. could be extended outside of the U.S. to markets such as Japan, without elaborating. Yahoo’s Japan portal is dominant in the country, even in areas such as online auctions that are weaker in the U.S.

Ballmer called Microsoft a “small player” in search and said it has a long way to go to rival Google’s strength in that area.

Microsoft and Yahoo are working out the details and awaiting regulatory approval on an alliance in the U.S. that would see Microsoft handle searches from Yahoo’s site and provide much of the advertising based on the results.

The Microsoft chief said the company was investing heavily on developing so-called “cloud” services, in which the majority of processing and storage is done online via the Internet, instead of on hardware “clients” like mobile phones and PCs.

But he added that users would always be happiest when some programs ran locally.