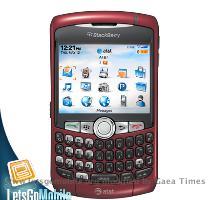 As an executive for electronics company G-Hanzs, the Dubai-based businessman travels about 300 days a year and uses the gadgets to keep up with more than 100 e-mails a day. So it’s understandable he’s worried about government threats to ban the service.

“This is my laptop, my office and my home,” he said of the devices. “People nowadays don’t wait. In today’s world, time is money and if you lose time, you lose business.”

Like hordes of other on-the-go professionals, Ghosh sees the BlackBerry as an indispensable business tool — a constant companion for those looking to get ahead. But with the United Arab Emirates and India threatening bans on key BlackBerry features over security concerns, users fear their work routines could be sorely crimped and are scrambling for alternatives, at least while on the road.

Many BlackBerry devotees interviewed by The Associated Press at airports and offices around the world this week struggled to remember how they ever got by without the devices.

Some, including information-technology consultant Penny Ge in Shanghai, said business trips would become harder without easy access to e-mail. Others, including Indian broker Krishnan Viswanathan, are already weighing alternatives such as Apple Inc.’s iPhone.

Zenprise Inc., a Fremont, California, firm that helps companies manage their mobile phones, said many of its multinational customers are considering alternatives, but would have to train employees on how to use them. The companies remain in limbo, though, because negotiations are ongoing between governments and BlackBerry maker Research In Motion Ltd.

Millions of devotees, famously including U.S. President Barack Obama, rely on the BlackBerry handsets to tap out quick — if often misspelled and poorly punctuated — e-mails and instant messages to fellow users. Die-hard aficionados use them to catch up on work in taxis and airport transit lounges, and even — to the chagrin of spouses — to squeeze out a few more productive minutes before drifting off to sleep.

In Madrid, Juan Cejudo answered eight e-mails with his BlackBerry while waiting to check in for his flight to Dubai. He cringed at the thought of not being able to use the device.

“Without it, I cannot work,” said the 40 year-old Spanish executive with a Swiss company that makes bank software.

But work without it they must, if the bans go through.

India is threatening to block BlackBerry corporate e-mail and messaging services unless it wrings out concessions from device maker RIM by the end of this month.

The UAE — home to Dubai, one of the world’s busiest layover stops for long-haul international passengers — has given the Canadian company until October to comply with its demands or face bans on e-mails, messaging and Web services. The crackdown would apply even to passengers making connections at the country’s airports for other destinations.

Neighboring Saudi Arabia has threatened to block the devices’ popular BlackBerry Messenger service, though the kingdom recently said it would allow service to continue, citing “positive developments” in its efforts with RIM. It’s unclear if the issue there has been fully resolved.

All three countries have cited concerns the phones’ security features could be misused by terrorists and criminals, though they have not always made clear what specific concessions they’re seeking. Other countries, including Lebanon and Indonesia, are also taking a closer look at the devices. The proposed bans all apply to data services, not phone calls, meaning BlackBerry handsets would still be allowed in the countries.

While free-speech advocates have criticized the crackdowns, a number of BlackBerry users say they understand the governments’ concerns.

“It’s important for things to be traceable,” said Brad Kollur, 33, an IT consultant who lives in Rockaway, New Jersey, and often travels to India on business. “It’s one of those things where you give up certain comforts for the greater good.”

RIM has declined to discuss details of its negotiations with regulators. It says it tries to cooperate with countries’ legal and national security needs, and has “a consistent global standard for lawful access requirements that does not include special deals for specific countries.”

Still, some users are urging the company to do more.

“Please, BlackBerry, adjust whatever you have to … and honor the security requests of the government,” said Manoj Warrier, who runs an IT consulting business in New Jersey. “It’s a very good product. … The company should give a little and get a little in return.”

Warrier uses his BlackBerry to keep up with employees and clients in India, Saudi Arabia, Dubai and elsewhere. He’s so devoted to the brand that he refuses to switch carriers or devices, and he plans to postpone a business trip to those places next month if the controversy isn’t resolved.

There are alternatives, of course.

Nokia Corp. is among the manufacturers that sell smart phones with e-mail, Web browsing and other office tools — none of which raise the ire of Mideast and Indian regulators. The iPhone and a number of handsets running Google Inc.’s Android software offer those features too.

“We would equip our employees with alternative devices if there should be any major change,” said Michael Grabicki, a spokesman for the German chemical company BASF SE.

These other devices, however, don’t rely on the same type of sophisticated encryption that appears to have raised concerns, meaning they also don’t offer the same level of security that many businesses find crucial.

And although business travelers would also still be able to use laptops for e-mail if BlackBerry service bans go into effect, juggling a computer while holding a cup of coffee is far more difficult than thumbing through messages on a palm-sized smart phone.

“At the end of the day you can also pick up the phone and call” business contacts, said Australian BlackBerry user Emad Soliman, a designer at a furniture factory in the Emirati capital, Abu Dhabi.

Besides, say some BlackBerry users, there could be a bright side to government-imposed crackdowns — especially for those who see the gadgets less as a convenience and more as a tether to bosses back home.

“I just won’t answer my work e-mail,” said Jeet Sohal, who was heading to Dubai from London for a family vacation, when asked about the looming bans. The 40-year-old, who works for a British cafe chain, added: “That’s not such a bad thing.”

Yeddyurappa, the man who can dent BJP hold in Karnataka

WASHINGTON - The next time you plan to kiss your beloved, give it a second thought. The kiss can tri...

NEW DELHI - American leaders were convinced during the 1971 war that then Indian Prime Minister Indi...

LONDON - A scientific test used to check whether someone will reach the age of 100 or not may be fla...